CMB (Compagnie Maritime Belge), a Belgian shipping and logistics company, has been working with Japanese shipping and shipbuilder Tsuneishi group since 2019. Together, they develop hydrogen-powered vessels for the Japanese market. Following their first realization, a 80-passenger hydrogen ferry, they announced in 2021 the establishment of a joint venture to accompany further projects.

Based in Antwerp, CMB is a diversified shipping and logistics group from Belgium, with offices located worldwide including one in Japan where the company has been working for 40 years. Major player in the maritime industry and shipping, CMB is under the spotlight for affirming its international role in the hydrogen transition of ships. Since 2017, it has developed various dual fuel and monofuel hydrogen engines and applications on its own or with its partners.

Based in Onomichi-city (Hiroshima prefecture), Tsuneishi Facilities and Craft is part of the shipbuilding segment of Tsuneishi Group. The company builds and repairs aluminum alloy vessels, and does general construction, lifeboat maintenance and inspection of ships. Tsuneishi Facilities and Craft has gained experience through time in building more environmentally-friendly ships, using technologies such as electric propulsion. Hydrogen fuel is considered as a high contender in the company’s aim to build a zero-emission ship.

Kambara Kisen is known as the mother company of the Tsuneishi Group and is now part of its shipping business segment. It has operated container liner routes between Japan and China since 1903, and transport equipment and vessel living quarters for the Group’s shipbuilding businesses in the Philippines and China today.

The “Green Growth Strategy for Carbon Neutrality in 2050” announced at the end of 2020 by the Japanese government confirmed the already envisaged key role of hydrogen to both decarbonize Japan and contribute to its economic growth. This, combined with the know-how of Japanese shipbuilders to develop fuel-efficient ships, offers a promising ground for building and operating hydrogen-fueled ships in Japan.

In this context, CMB and Tsuneishi Group initiated discussions towards a partnership in 2018. The year after, the two companies started to develop HydroBingo, Japan’s first passenger ferry using hydrogen as a fuel for propulsion. The ferry, with a capacity of 80 passengers, is operational since mid-July 2021.

In April 2021, the European and the Japanese companies decided to strengthen their partnership and announced the project of a new joint venture, JPNH2YDRO, that will focus on the import, marketing and engineering of CMB’s hydrogen internal combustion engine technology (H2ICE) for the Japanese industrial and marine market.

To support H2ICE development in Japan, the joint venture plans to establish a local application center. It will work on verification and improvement of environmental performances of hydrogen propulsion engines, design of applicable ships and equipment, and solutions to adapt the technology to land-based and larger vessels. It will work on the development of Asia’s first hydrogen-powered tugboat, HydroPhoenix. It will also consider working on support ships for offshore wind farms.

As these numerous projects suggest, CMB and the Tsuneishi Group are tightening their relations in light of the trend towards decarbonization in Europe and Japan. According to CMB, “sharing a vision and respecting each other is most important” while “tolerance to cultural differences makes the partnership even better”.

For the European company, the introduction of H2ICE technology in Japan will face the challenges of cost and availability of hydrogen, as production will need to be scaled-up and refuelling infrastructure to be developed. To tackle this issue, CMB established in February 2021 another partnership with Japanese companies - Itochu Corporation and Nippon Coke Engineering - this time to work on establishing a hydrogen supply chain based on the local production for local consumption. 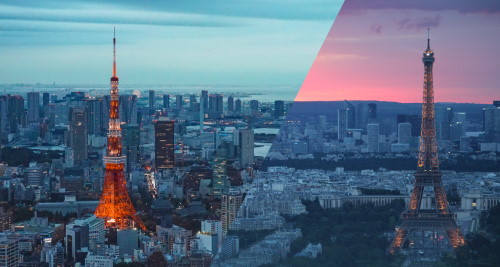 This article is part of a series of case studies of European-Japanese industrial partnerships for decarbonization in sectors such as renewable energy, clean hydrogen and low-carbon mobility.

END_OF_DOCUMENT_TOKEN_TO_BE_REPLACED
Call for expert report proposals: September 2021
The EU-Japan Centre is currently calling for expert report proposals for its "About Japan"…
Upcoming Webinars in September 2021
Please find below our upcoming webinars which will take place in September: EPA Helpdesk Webinar…
Japanese Industry and Policy News July-August 2021 Issue Available Now
The EU-Japan Centre in Tokyo is regularly publishing "Industry and Policy News" from various…

END_OF_DOCUMENT_TOKEN_TO_BE_REPLACED
28/09/2021
Webinar 180: Frozen Food Market in Japan (incl. Ice Cream)
28-09-21 | 10:30 - 11:30 AM CETWhat are the opportunities for the EU SMEs in the Japanese frozen food and ice cream market?Over time, Japan’s frozen food market is showing a growing trend. However,…
29/09/2021
JTPP Helpdesk webinar: Public Procurement & Digital Economy
29-09-21 | 10:30 - 11:30 AM CET What are the procurement activities of Japanese government entities in support of the development of the digital economy and does this offer opportunities for EU SMEs…